One Saturday, Rafe and I were talking about grilling for dinner - since its FAR too hot to cook indoors.   We didn't want the usual burgers, and we had eaten chicken the night before....I really wanted an excuse for Rafe to make guacamole - Then all of a sudden inspiration hit.
Flank Steak.  We would marinate and grill a flank steak.  Use some of the leftover cilantro in the fridge - and then we would put it into fajitas. 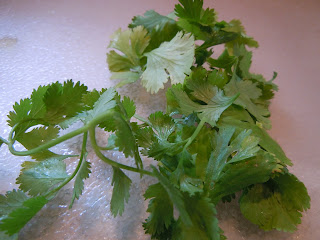 Since we were in CT and I loooove exploring new food shopping destinations, Rafe took me to a local market that he swears carries the best meats.  At Hall's Market we bought a giant flank steak. And marinated it in garlic, cilantro, and lime juice. 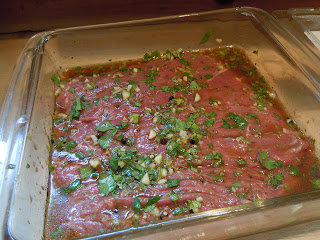 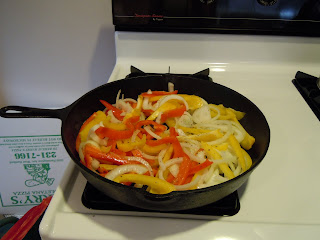 And then it started to rain....hmm, I guess no grilling.  We acted fast and cooked the steak on the stove in a cast iron grill pan.  I dominated that thing....look at those grill marks! 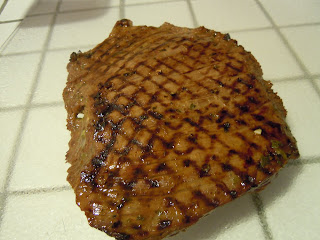 The key to a tender flank steak is cutting the meat against the grain.  Rafe didn't believe me so I cut him a piece of meat along the grain and he could barely chew it.  Thin slices against the direction of the meat muscles will give you tender results every time.  Let your meat rest and use a SHARP knife. 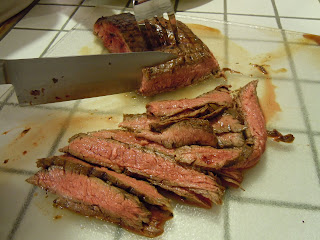 Then layer onto your warmed tortilla with peppers, onions, and guac and serve! 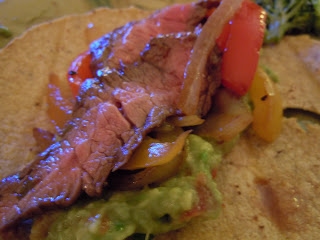