When Justin from Marx Foods contacted me about his company's cooking contest, I was interested.  When he mentioned that he would send me five (5!) different kinds of dried mushrooms to use in my recipe - well, I was thrilled.  I absolutely love mushrooms.
I came home from work one day to a small little box at my door with 'goodies inside' printed on the outside.  Inside the box were 5 little zip-top bags with dried porcini, black trumpet, lobster, chanterelle, and matsutake mushrooms. 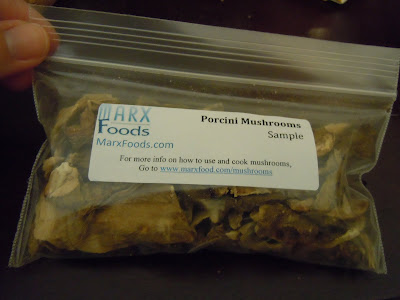 I had about a half pint of baby bella mushrooms in my fridge, so I cleaned and chopped them up. 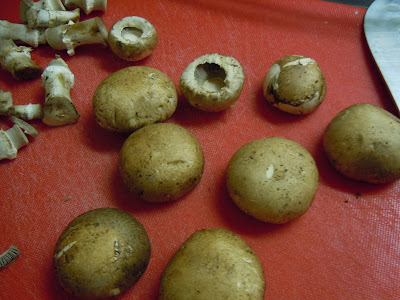 Then I browned them in a frying pan, with a little pat of this fancy butter that I picked up at Shaw's. 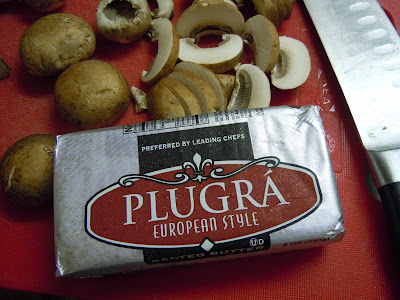 I added a little dried thyme and pepper.
I added salt only after the mushrooms had browned.  Adding salt too early can cause the mushrooms to leach water and get chewy....I reduced the heat to low and added some chopped garlicto avoid burning the garlic in a hot pan.  I then removed the mushrooms from my pan and set them aside. 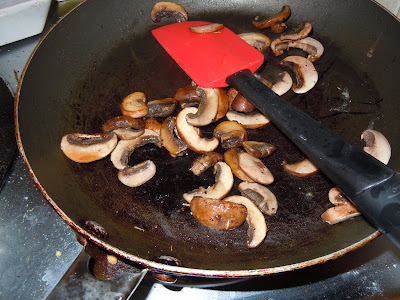 While the mushrooms were browning, I got to work on my dried 'shrooms.  I used a mix of porcini and chanterelle.
To use dried mushrooms all you need to do is rehydrate them.  I boiled water in my kettle, poured about a cup over the mushrooms, then covered the bowl with plastic wrap. 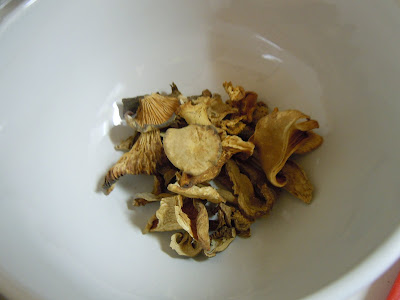 When I was planning my recipe, my main objective was to use not only the rehydrated mushrooms, but the mushroom soaking liquid.  When you rehydrate mushrooms, the water turns a deep amber color.  This water takes on so much flavor from the mushrooms.  All you need to do is remove some of the sediment that shows up in the water, and you can use it like you would water or broth in your recipe.  It makes the mushroom flavor so much deeper!

I started with a roux, then whisked in the mushroom liquid. 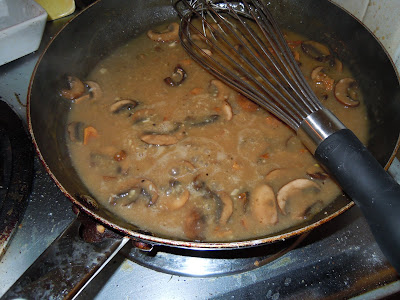 I added the mushrooms and some sherry, salt, and pepper. 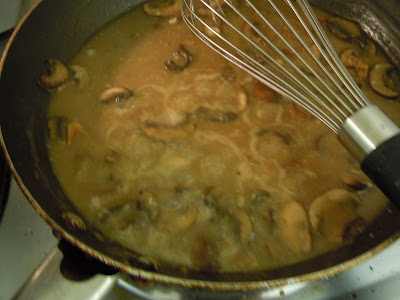 While the mushroom sauce was bubbling and reducing, I dropped some fettucine in a pot of boiling water. 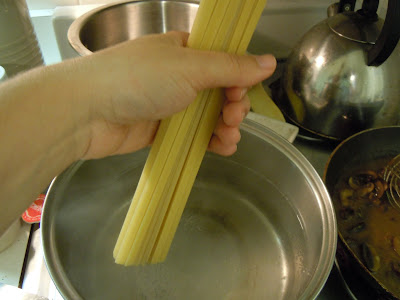 Once it was al dente, I added it to the mushroom sauce and tossed it around. 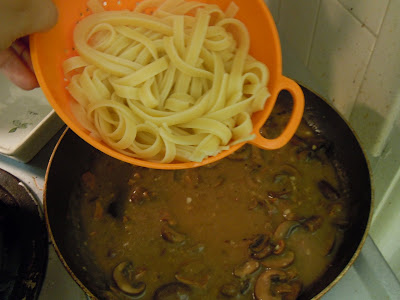 I wanted to make sure the sauce coated every noodle! 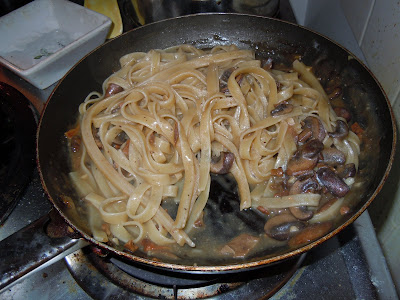 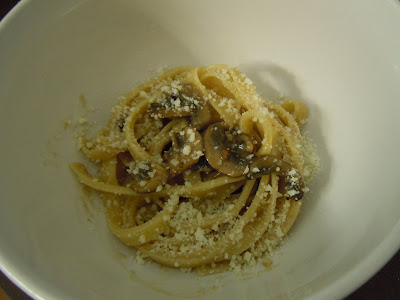 mmmm plated and topped with some pecorino romano!
Creamy Mushroom Fettucine
serves 2
1 cup baby bella mushrooms, sliced
1/4 teaspoon thyme
1 clove garlic
2 oz dried mushrooms (I used a mix of porcini and chanterelle)
1 cup boiling water
2 Tbs butter
1 Tbs flour
1 Tbs cream sherry
2 cups fettucine
pepper
parmesan or pecorino romano
Empty dried mushrooms into a bowl, fill bowl with 1 cup boiling water, cover bowl with saran wrap and set aside.  Melt one tablespoon butter in a medium pan and add the fresh mushrooms to the pan, along with a 1/4 teaspoon of dried thyme and a few grinds of pepper.  Cook the mushrooms on medium until they are brown.  Once the mushrooms have some color, add a little salt and the chopped garlic.  Reduce the heat to low and cook just until the garlic is fragrant. Remove the mushrooms from the pan and set them aside.
Melt the other tablespoon of butter over medium heat in the same pan.  Add the flour and whisk to create a roux.  Once the roux turns a very light butterscotch color, add the water from the dried mushrooms, and continue whisking.  Add the reserved browned mushrooms.  Chop the rehydrated dried mushrooms and add them to the sauce.  Whisk in the sherry.  Reduce the heat to low and let simmer.
Cook pasta as package directs.  Once the pasta is cooked, add to the warm sauce. Mix well, top with grated cheese, serve and enjoy! 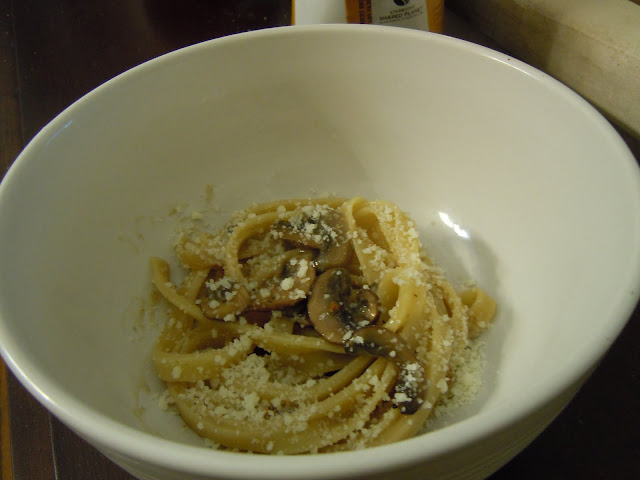