Out with the Old

So, I'm finally starting to get settled in my new place and job...the last of my furniture gets moved on Friday.  I took these pictures of my Boston kitchen before I packed up everything.  Just for a little perspective: I was sitting on my bed when I took this photo.
No wonder I think about food all the time.  I sleep in my kitchen.
For those of you in the burbs this is actually a GREAT studio living situation....though it is NOT good for someone who is trying to avoid snacking in her bed.  I've definitely been guilty many, many times of that one. 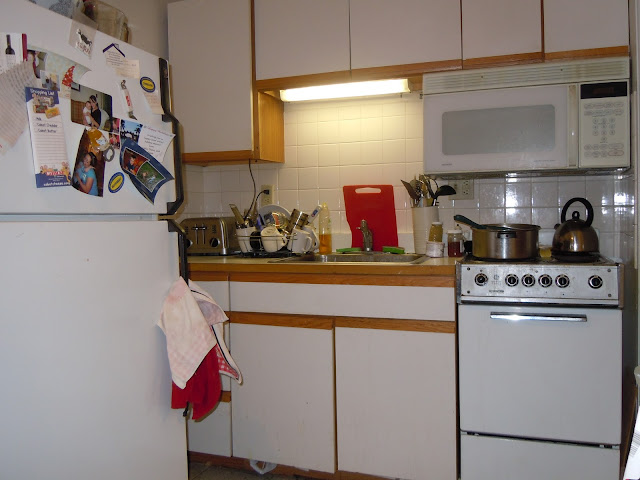 So another thing you 'ought to know about my old kitchen....That oven in the photo above?  It doesn't work.  It's a total foil.  There are no coils in the electric oven.  They were removed, making the oven useless for anything other than storage.
All the apartments in my building were equipped the same way. With a HUGE microwave and no oven.  Unfortunately, my management company failed to tell me that before I signed the lease.  So when I threatened to vacate, and get my deposit back (after a very sad attempt at a baked potato) they bought me that Delonghi convection oven pictured below. 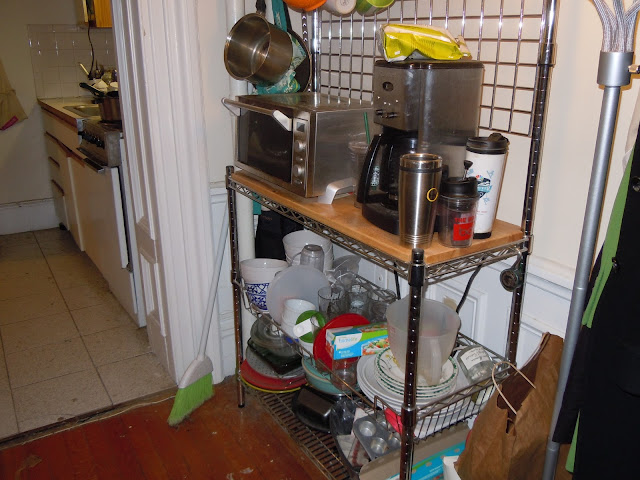 It's a little bigger than a toaster oven, but I could make a 12 inch pizza in it.  It was fine for cooking for 1 or 2.  But I was not about to host any dinner parties cooking with that thing.  Now, in my new CT digs, I have the option using it as a 2nd oven! 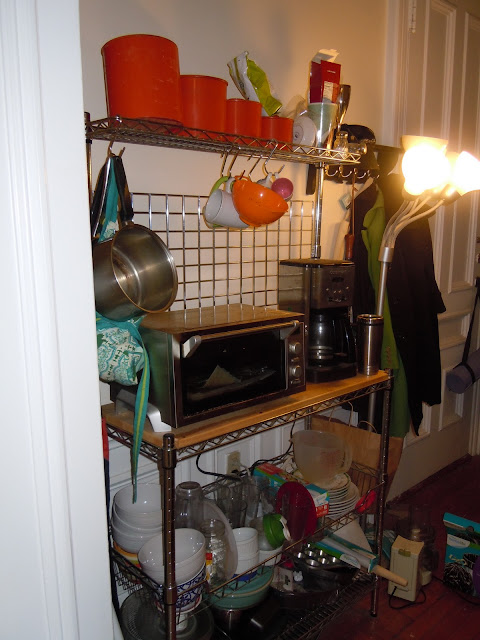 Right now I'm living at Rafe's mom's house....Couldn't turn down the great rent ($0/month utilities included).  His mom spends a lot of time at her friend Hank's house, so she generally only passes through to pack a bag or leave some delight in the refrigerator.
There was turkey gumbo in the fridge the day I moved in.
And her kitchen....ahhh, the glory of a REAL oven and lots of counter space. 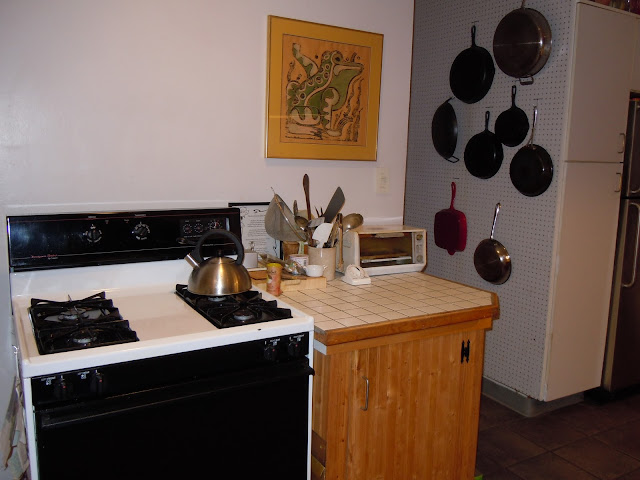 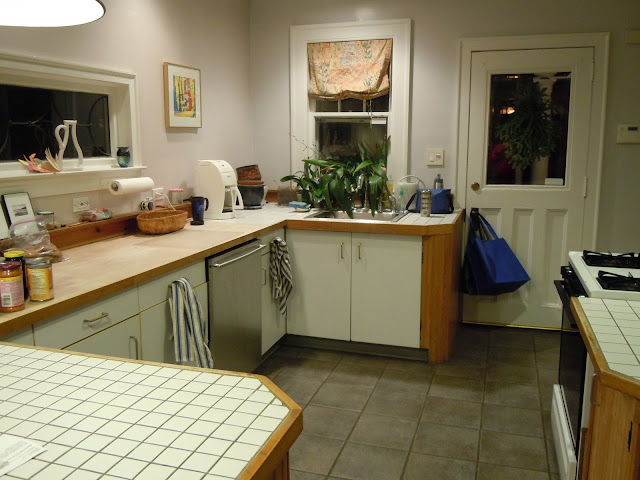 The previous owner designed the kitchen.  For those readers familiar with the restaurants of CT, I was told he was a chef at one of the 'Max' restaurants.  I have a feeling it might have been one of the Italian restaurants since this butcher block counter would be great to roll pasta. 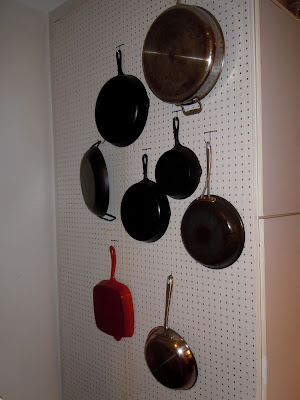 Lee (Rafe's mom) is a fantastic cook, and her kitchen has all the tools a home cook like me could ask for....lots of pots and pans.  Cast iron, a wok, Wusthof knives and the coveted Le Creuset dutch oven....(yes, I've already used it).  She also has all the typical ingredients that you would need in a well stocked pantry: flour, sugar, spices....and some not so typical....like gumbo file, farro, and white balsamic vinegar. 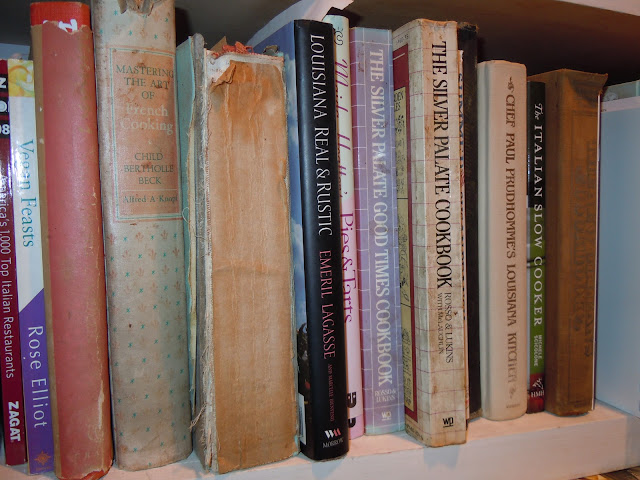 Slowly but surely, It's starting to feel like home.
When was the last time you moved?  What helps you to feel 'settled' in a new place?
Posted by Alicia at 6:00 AM

Email ThisBlogThis!Share to TwitterShare to FacebookShare to Pinterest
Labels: moving to CT