Around My French Table: Lamb and Apricot Tagine

This recipe from Dorie's book exemplifies the influence of neighboring countries and cultures to the French food scene. This tagine is rich with Moroccan flavors, while still making use of a classic cooking method: braising.
The contrast of sweet and savory is an absolute favorite of mine, and the warming cinnamon in this dish is a great antidote for the frosty, chilly temperatures of late while the cilantro makes me think of summery Mexican fair.....reminding me that winter will, of course, have to end at some point! 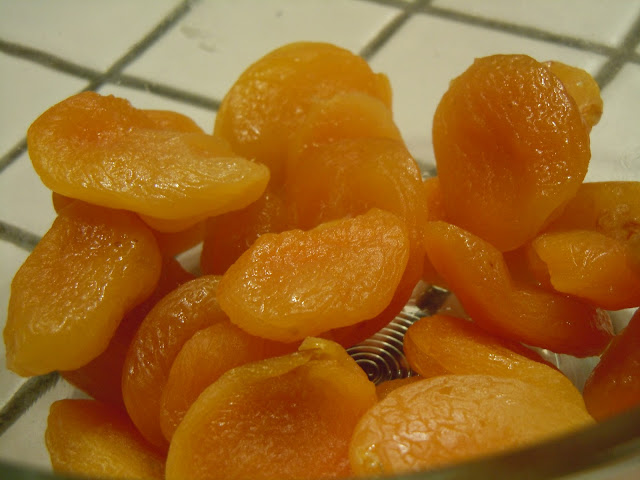 The recipe calls for boneless lamb shoulder.  And I wish you better luck in finding it.  Rafe did the boyfriendly duty of traveling to Stew Leonards with his friend John (who was on the hunt for some pork shoulder) in search of the lamb.  He could not find boneless, so he returned home with 2 lamb shoulder chops roughly the weight called for in the recipe.
I made quick work of the chops by butchering them from the bone, and cubing the meat. 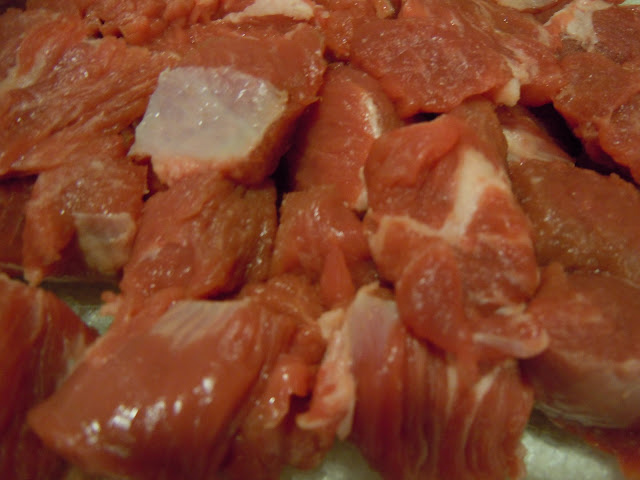 The price on these shoulder chops (VERY low) made me question why I always order lamb when I dine out, but rarely cook it.  Must change that.

There was some initial prep work, between the butchering and the chopping.  But then the lamb cooked, largely unattended.
If you want the recipe for this one, I suggest you check out Dorie's website, as me putting this one in my own words would not do it justice.  I made a few minor changes....I don't prep garlic the way she suggests; I'm lazy and do the standard fine chop.  But if you're not as big a fan of garlic as I, you might want to try her suggestion of removing the germ. 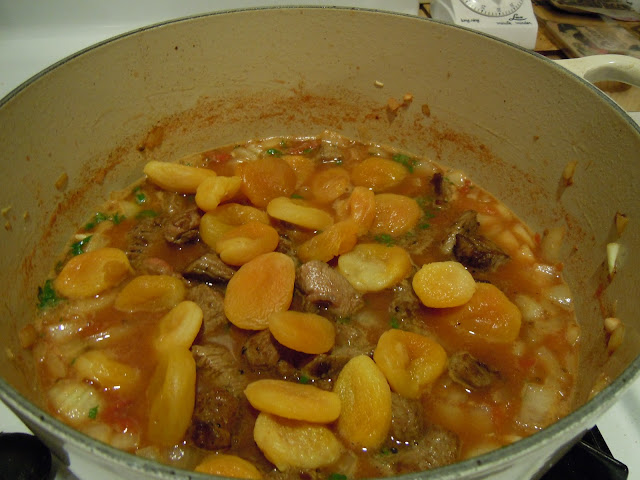 Also, next time I make this,  I plan to cut the apricots in half.  Once they plump they are a little bigger than a polite forkful....but other than that, I wouldn't really change anything about this recipe.
I also forgot to drain my tomatoes, but the dish was appropriately saucy, so do what you feel!
Before serving, you top the lovely braise with the toasted almonds and cilantro. I served mine with couscous. 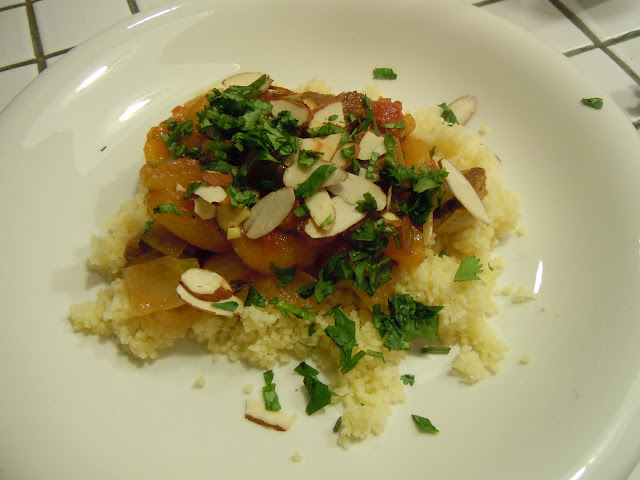 I really enjoyed this meal, Rafe liked it, but wasn't wowed.  He isn't a fan of mixing sweet and savory, he's specifically put off by cinnamon in his meat dishes.  But I love how the combination plays with your expectations.
I ate every last leftover. 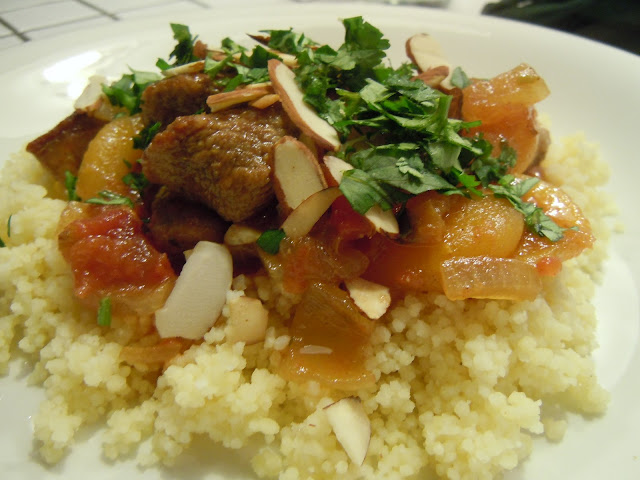 Since Rafe hasn't raved about the first two recipes I've made from Dorie's Book, I'm going to let him pick the next recipe.
How do you feel about mixing sweet and savory?
Posted by Alicia at 6:00 AM

Email ThisBlogThis!Share to TwitterShare to FacebookShare to Pinterest
Labels: Around My French Table, lamb, tagine