Welcome to the second part of my Tortellini Soup Adventure!
This was the part of the recipe that I was really excited for. I had never made pasta before but had always  had the itch. I think that is why my mother bought me a pasta roller way back in 2006.  Really. She had hung on to it while I had lived in too-tiny-for-another-cooking-supply apartment, and is so organized that she taped the dated invoice to the box.
I finally have it back in my possession, and I assure you after this experience, I WILL be getting lots of use out of it. It's so fun!
I started with a big pile of flour, and four eggs. 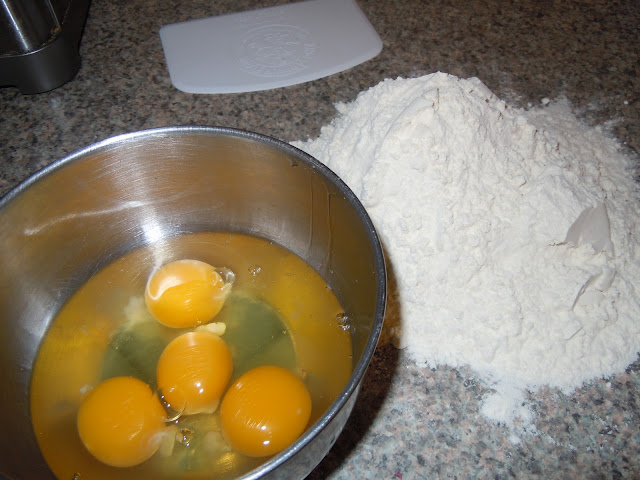 I made a big well in the flour 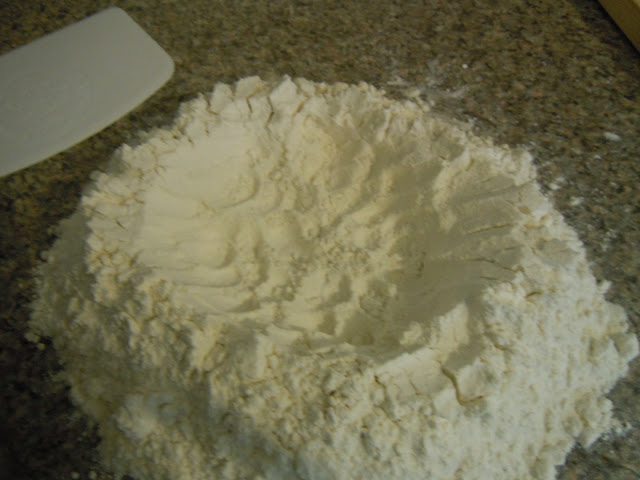 Then scrambled up the eggs before pouring into the flour.... 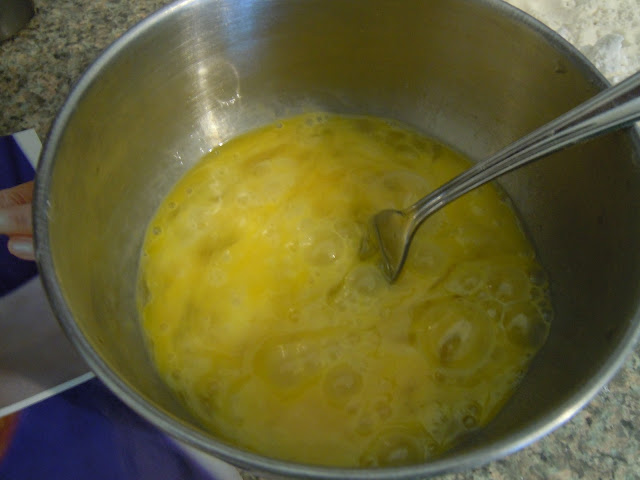 Where my eggs immediately broke free from their little hole onto the counter....
No problem though after a brief shriek of horror, I collected myself, grabbed my bench scraped, and wrangled the eggs back into the flour and continued as planned. 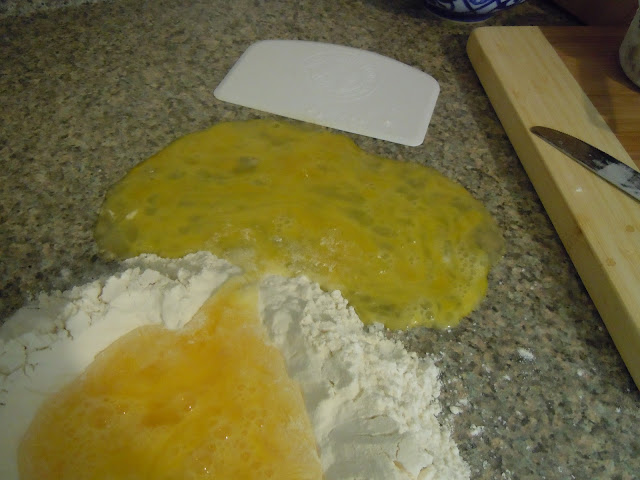 Once combined into a cohesive dough, I kneaded for a few minutes until the mixture became elastic, then wrapped it up in plastic wrap and let it rest for a half hour. 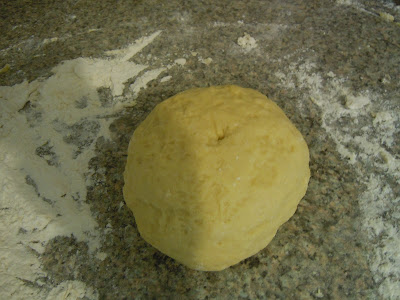 Once it rested for a little bit it was really smooth - I was surprised that a little rest could have that affect. 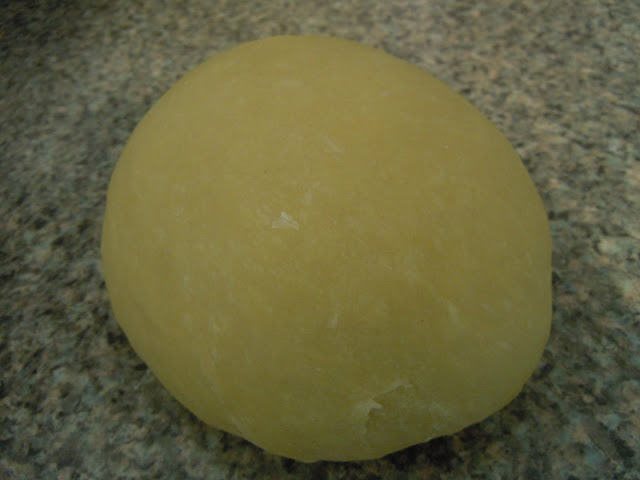 Next Step? Break off a small piece and get rollin! 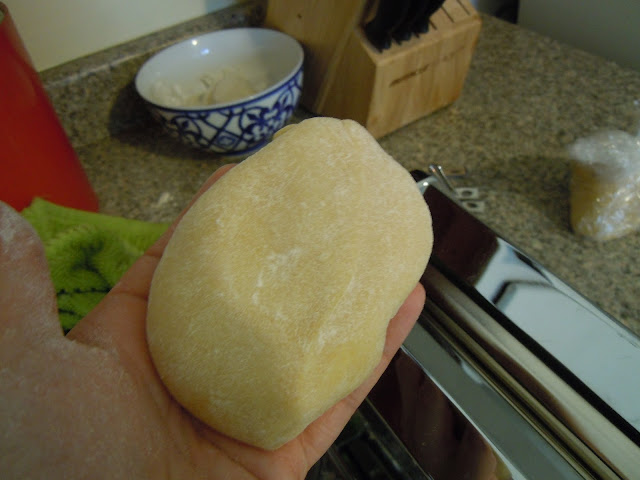 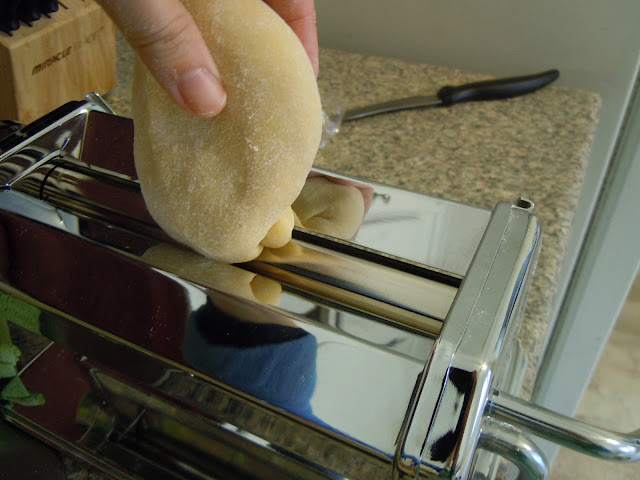 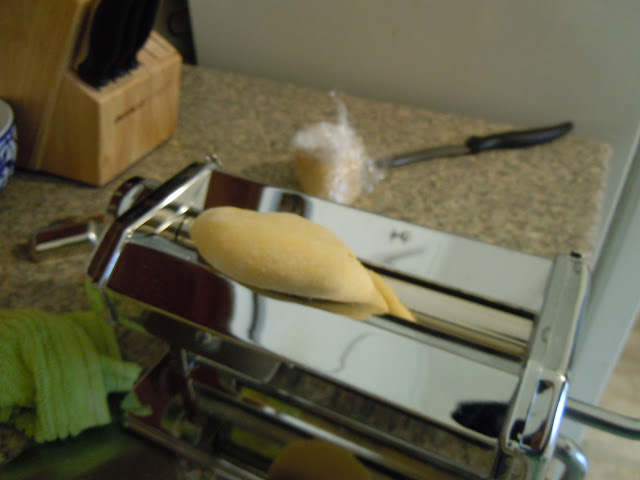 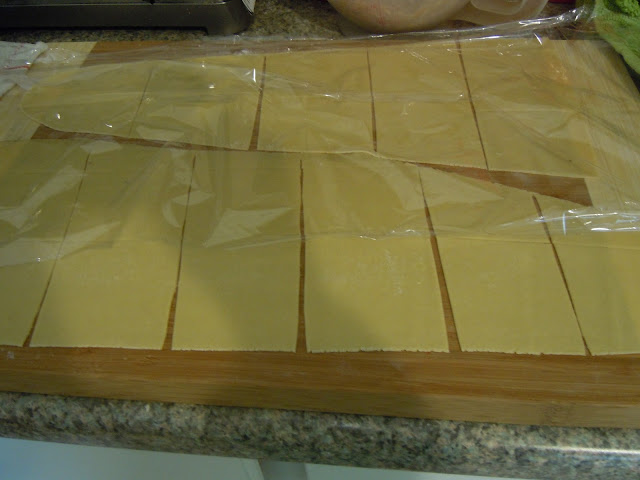 I used the filling outlined in the Fine Cooking recipe, and added a 1/8th teaspoon amount to the dough square. 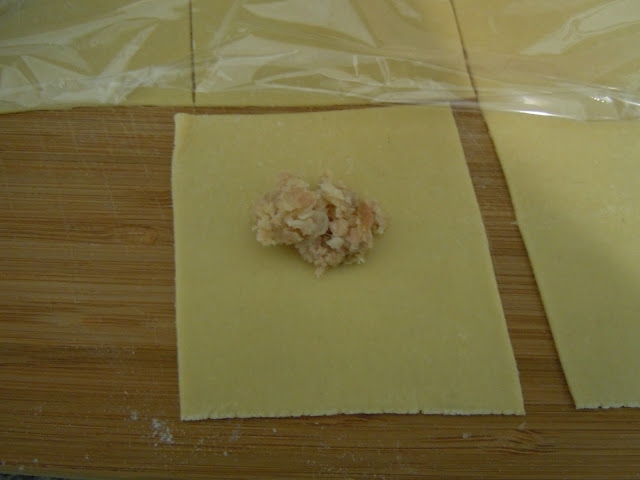 I folded the square in half - corner to corner, and used my fingers to seal the dough shut. 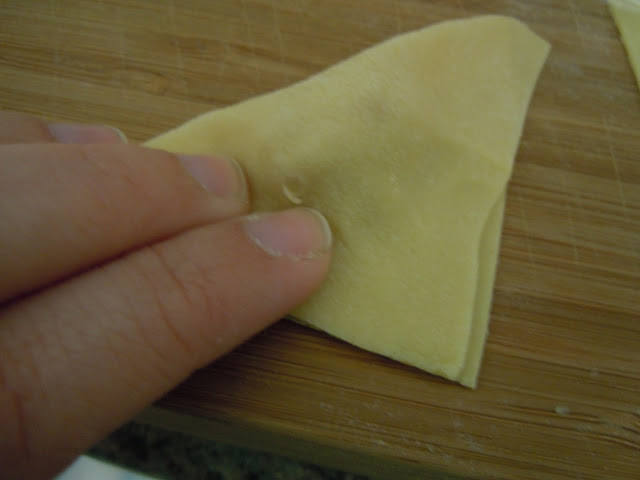 Then I wrapped the end corners and pinched them together to form the tortellini. 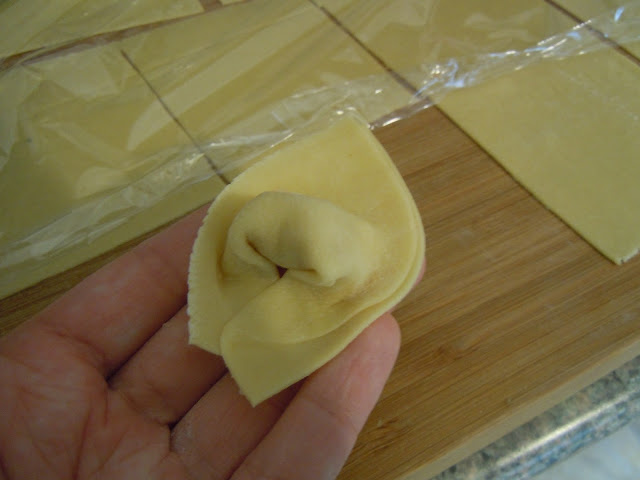 I repeated these steps approximately 200 times..... 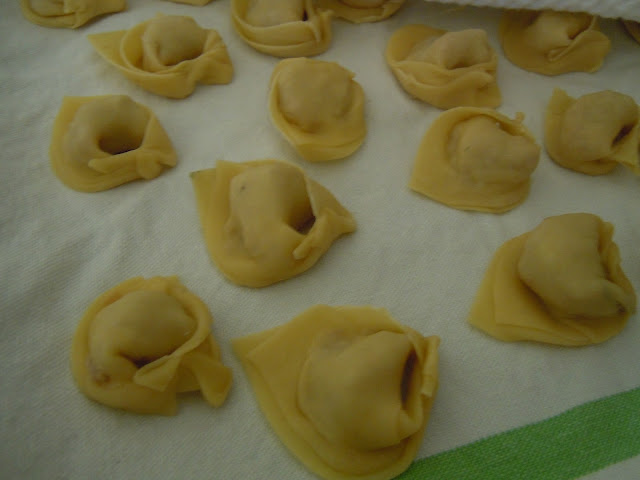 I filled 3 sheet pans.....
Some of the tortellini made their way into the freezer, where they will continue to be enjoyed. 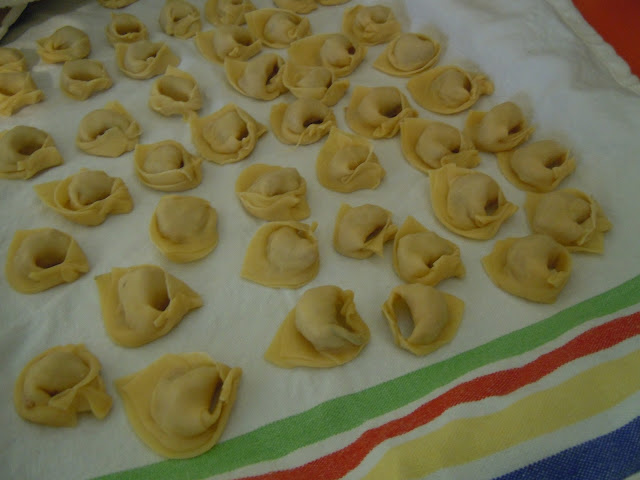 While some were boiled along with the chicken broth I had made the day before. Topped with some parmesan and parsley, this was the perfect antidote to a cold and rainy spring day. 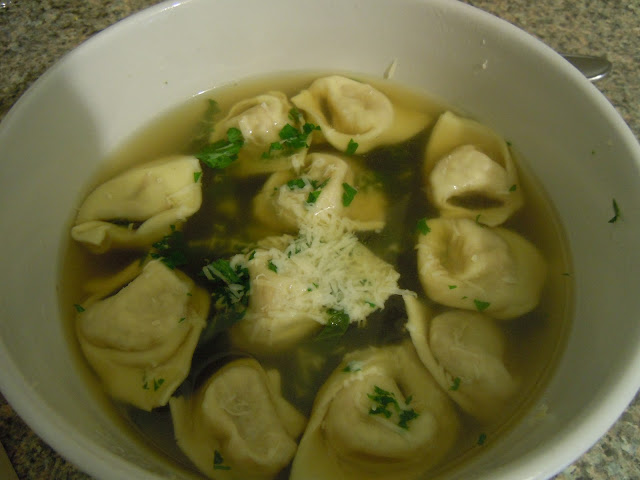 It was a ton of work, and I will DEFINITELY be making stuffed (and regular) pastas again. The filling however, was not my favorite....so I look forward to experimenting with different, seasonal fillings.
I'm thinking mushrooms, peas and ricotta, and asparagus as options for Spring!
Have you ever made pasta? Was it fun?
Posted by Alicia at 6:00 AM