My posts are about my kitchen triumphs...but rest asured that my kitchen does not exist in some vacuum where meat is always perfectly seared, pasta always al dente, and toast is perfectly golden brown.
My cheesecakes crack, sandwiches get soggy, and cheese gets moldy in my fridge too (just scrape of the gross bits and move on). The way you handle these mini kitchen disasters is key....that is once you've thrown your tantrum, laid down on the floor in you kitchen and declared NEVER AGAIN. Then you dust yourself off, whip up some sort of frosting and nobody will EVER know that the cheesecake had a crack.
Except you. But a couple of glasses of wine and you'll forget too.
So this dinner of Malaysian Chicken started out with the best of intentions. Using up the leftover chicken thighs from this meal that had been sitting in the freezer for almost too long. Fine Cooking magazine, which generally does not let me down, did an entire spread on 1 pot dinners. Malaysian chicken and rice? sounds yummy and exotic....and kind of easy.
I started the rice as directed, then threw my chicken into the mix. 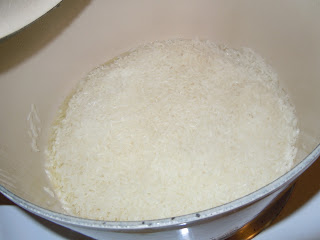 I happily made my sauces and garnishes 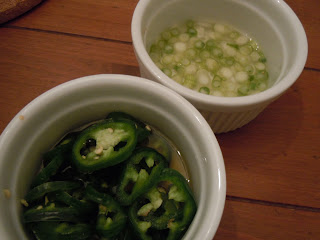 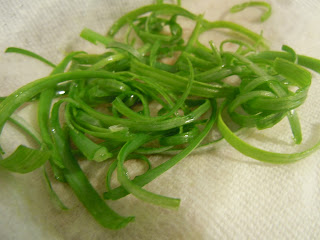 And in my excitement I even whipped up an asian inspired sauce for my steamed green beans. 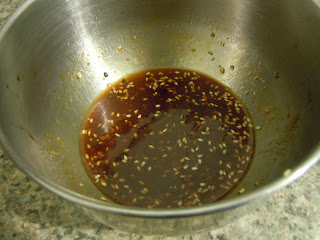 ﻿
Everything laid out and ready to eat....you can almost feel the excitement of a well composed meal... 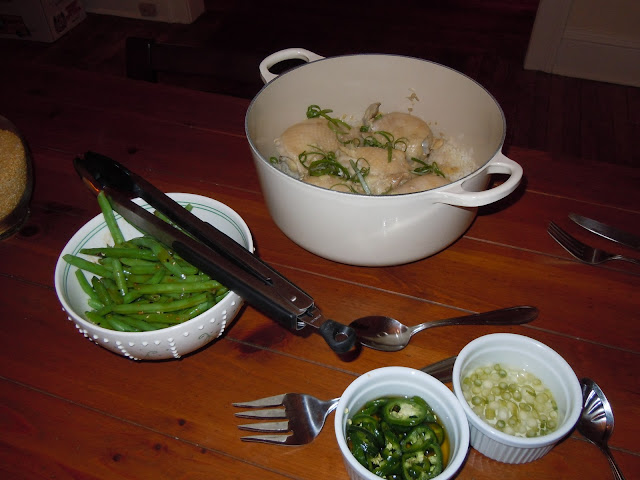 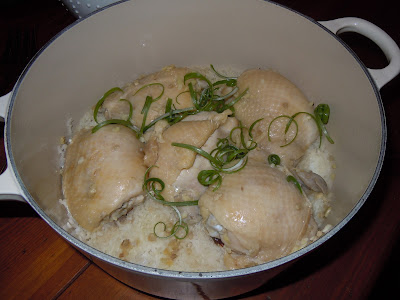 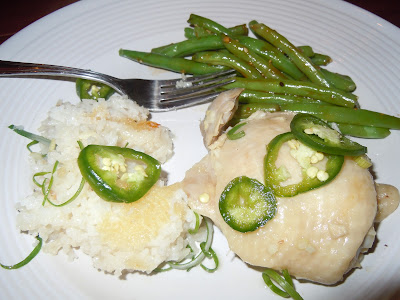 So here is where dinner went all wrong. Right when Rafe and I dug into the chicken....Pink all over the place. It was RAW
I followed the directions to the LETTER.
UGH. I put the chicken in the oven, rather than the stovetop as the recipe instructs, then PROMPTLY went to the website to see if there were any comments of similar experience to try and mend my bruised cooking ego.

There were, so I felt slightly better - but we ate about 40 minutes later than planned. It was a bummer, but I probably would make this dish again. The flavors were great. The crispy rice made a great texture, ad the spice of the jalapenos were the perfect accent....

Next time, though,  I'm using chicken breasts or searing the chicken first and cooking it longer - then finishing in the oven!!!

Ugh, what was your last cooking disaster?
Posted by Alicia at 7:09 AM

Email ThisBlogThis!Share to TwitterShare to FacebookShare to Pinterest
Labels: hits and misses